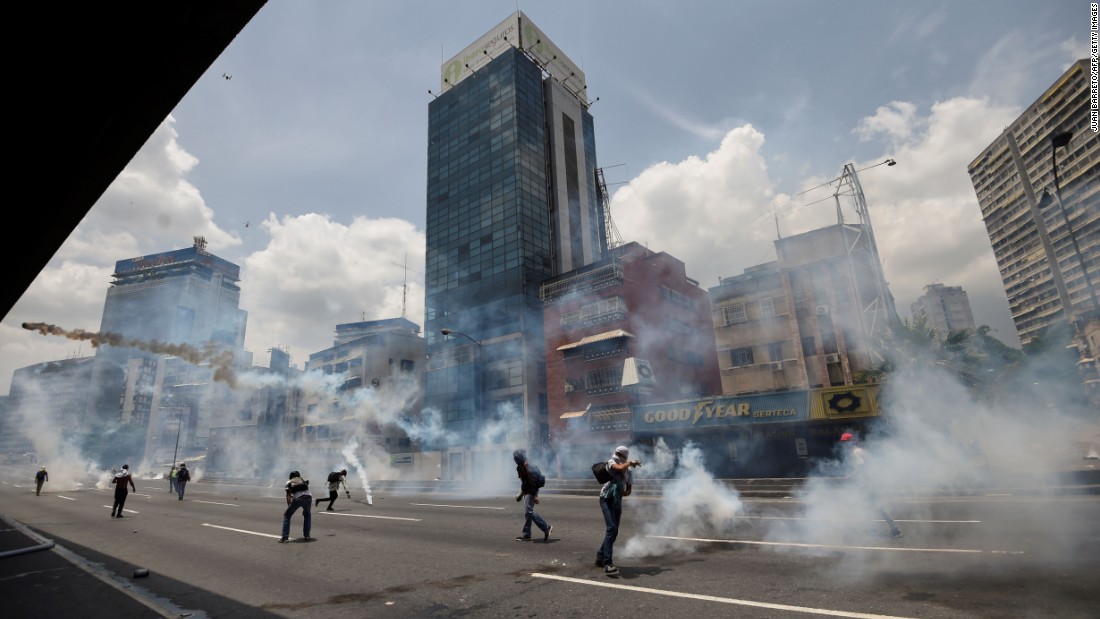 ( CNN) At least three people were killed in Venezuela when clashes broke out during anti-government protests described by opposition leaders as the “mother of all marches.”

Supporters of President Nicolas Maduro also held a counter rally Wednesday as opponent marchers gathered in the streets.
An hour into the march in Caracas, a 17 -year-old boy was shot in the head, according to the Venezuela’s public ministry, which said it had started investigating the incident.The teen, afterwards identified as Carlos Moreno, died while undergoing surgery, a hospital representative told CNN.