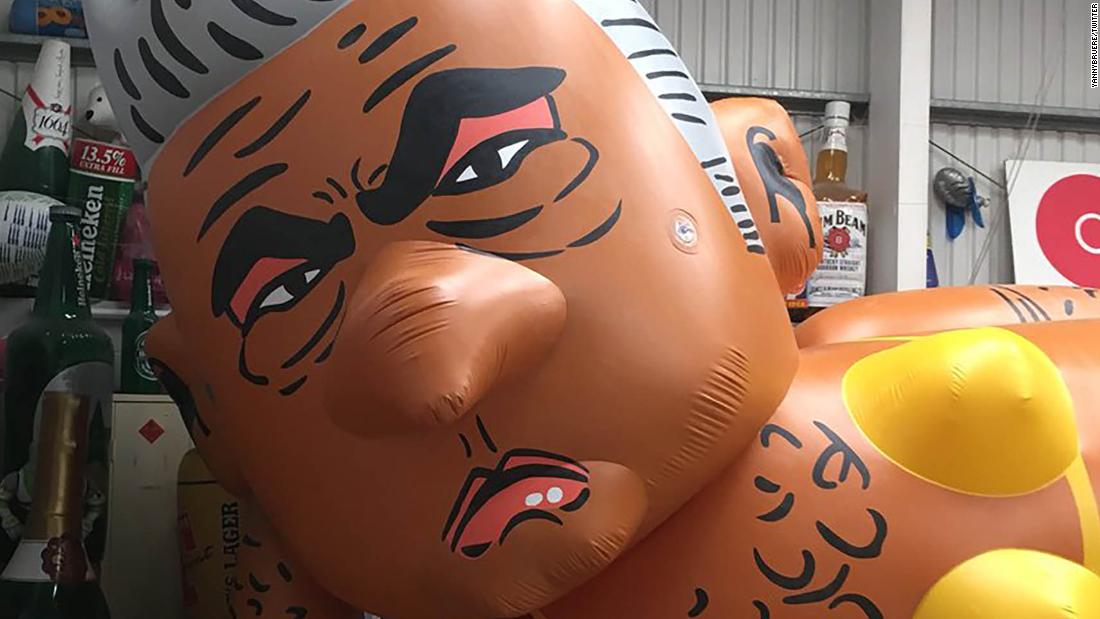 London( CNN) A giant blimp of London Mayor Sadiq Khan will be seen in the UK capital’s skies this weekend after protesters were given permission to fly the crowdfunded balloon in Westminster.

Protest organizer Yanny Bruere, who is described as a British free speech advocate, said he had put up the crowdfunding campaign in response to London authorities’ decision to allow a “Trump Baby” blimp to be flown during last month’s visit to Britain by US President Donald Trump.
He said the Parliament Square event on Saturday morning “marks the fightback for free speech in our country.”