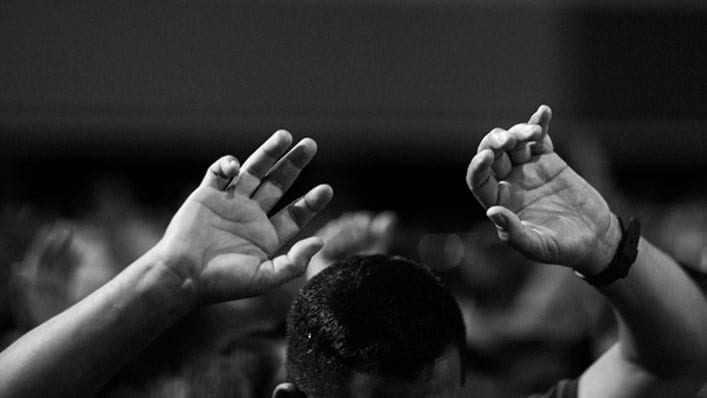 How in the world do you give it to God ?!

Have you heard that before ?!

You’re having a awfully stressful situation. It’s one of those hours where you feel like you’re drowning, and there’s no buoy in sight. You know that God is in control. You know because that’s what everyone says! In fact, if you do reach out for guidance or share your plight with your Facebook friends, at least one person will say it.

I think this was always one of those things in my Christian walking that kind of bothered me. Early on I asked more mature Christians the same question. Like, how? And the majority of cases I was told to only surrender.

“Brie, literally hurl your hands up in the air and say, I can’t do it alone, God! ” A friend suggested.

And yeah, that’s true. I entail, God certainly hears you, and He even answers. Things improve, it seems, after that outward expression of your innermost heart passion, but inevitably it sneaks back. What I entail is, you can surrender your anxiety to Jesus on Tuesday, but by Saturday something else may rear its ugly head and the next thing you are aware, you’re anxious again.

Ugh, I supposed I devote this to God! What devotes ?!

So, I attempted that answer too, and I was told more good advice.

“Brie, resignation is something you have to do more than once, ” my mentor said. “Sometimes, it’s a daily practice.”

And you know what? She was right about that too.

Okay, so you’re saying I need to just go on and tell God I’m devote it to Him. Check.

Then, I’ll need to do that many times over throughout my life. Gotcha.

But, do you know what else I’ve discovered? It’s taken me some time, but I have realized that giving it to God takes a lot more.

For one, it’s easy to say you surrender a situation with your words, but actually carrying that through in your head is a horse of a different color. You know what I entail. You’re sitting there minding your own business, certain that God’s got this, when suddenly you hear a little whisper of a suppose. It’s a soft whisper at first.

It says something like, “but what if it doesn’t work out? ”

And then the whisper gets a little louder. So you think about it some more. And it gets louder and louder. Before you know it the drum of your heart in your ears competes with the urgent cry in your head.

The terrible “what if’s” plague you, and you’re under its thumbnail. You know God’s get this, but what if?

What if it’s not God’s will ? Maybe He’s was just trying teach me something . Maybe I did something wrong . Maybe this is my hard lesson .

Before you know it you’re riddled with nervousnes, dreaded, shame, and a yucky feeling in the cavity of your stomach. It manifests with physical symptoms. Headache, acid reflux, high blood pressure, insomnia, weight loss, or perhaps weight gain.

Hey, wait a minute! Didn’t I give this to God ?! I must not have done it right .

You did. But I’ve discovered that us humen don’t like devoting stuff away. Like, we’re major hoarders. It’s against our nature to give something away, even if it’s a problem we want to be rid of. We want to hang on to it so we can fix it, and only when we realize we can’t fix it, do we devote it away! But even then, as our hands of surrender are created high, we feel like we’re missing something. So in that empty place, we fill it. It has to be filled! Sadly, it’s typically fitted with thinks from the foe. Remember, it’s not flesh and blood we battle. Yep, it’s the foe who fills us with the anxious what-if’s. So it’s our job to fill that vacant place of resignation with something else.

I’ve found that the act of genuinely dedicating it to God is three-fold.

First, yes, you surrender. We got that portion. God is good.

You have to know scripture back and forth so when the anxious supposes come you’ll recognize them as a lie.

You’ll be able to stand firm and say, “wait, that doesn’t sound like God.”

Nowhere in the Bible does He say it’s simply your plenty in life, that life sucks, or you have bad luck. Nowhere. You have to speak truth to combat lies. You speak them out loud, you repeat them to yourself daily, you speak them over your life first thing in the morning before you even feel an attack. You prepare yourself for battle.

Then … you rest. You rest in His truth. Lies come, you kill them with truth, and remainder in your resignation. This is the third and final piece, and resting doesn’t just mean being still. You’ll still have to fight with truth as assaults come, but to rest is to abide. It means you live in a state of believing what you’re proclaiming.

You read the truth, you memorize the truth, you recurred the truth. You repeat it over and over until it becomes passive like breathing. You exist, breathing in and out this truth, wearing it like your favorite hoodie. It becomes so ingrained in your very centre that it’s not just words; it’s the very sustenance of your life. It’s the meat, and you chew on it until it sticks to your bones. That style, despite if assaults come, you’re not frantically fighting them off. Instead, you’re resting in the truth of Jesus that has already won the war. If that doesn’t construct you want to jump and shout hallelujah then I don’t know what will!

Bottom line, friends. Giving it to God comes down to abiding in the victory Christ has already obtained for you. Spoiler alert … the demon doesn’t win. Anxiety doesn’t win. Depression doesn’t win. We just lose sight of that, sometimes, and that’s ok. There’s still room at the victory table, and getting a seat there starts with surrender. It’s followed by digging in and equipping yourself with God’s word. Then it’s topped off( it is finished, see what I did there) with abide in His truth that you are in Him, and He is in you. That, my friends, is giving it to God.