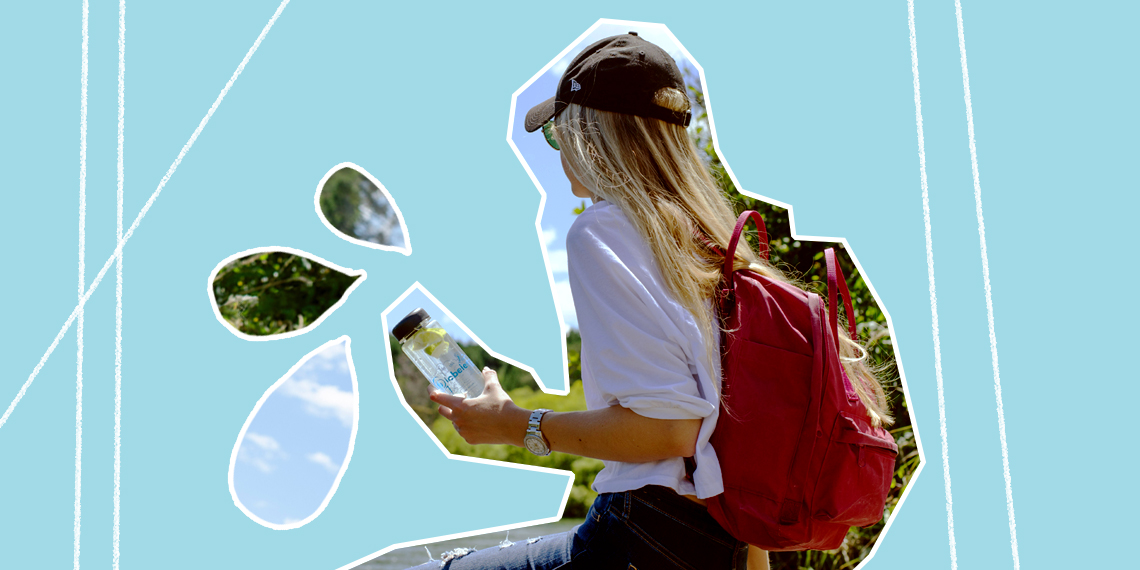 As I’m sure many of you can relate to, I did not enter January feeling the best I’ve ever felt about my body. Frankly, forget holiday weight gain–I hadn’t successfully lost weight since a belly glitch last May, and the whole thing was starting to feel hopeless. In 2019, I’d already tried a juice cleanse( painful, results gone within a week ), and macro counting( exhausting! very difficult without professional advice on what to eat ). So ultimately, I turned to intermittent fasting. I am in no way a nutritionist, and I cannot tell you whether IF is “good for you, ” or give you a scathing review of whether or not the science behind it is legit. What I can tell you is that I had a tough 10 days, and a surprising set of results. If that’s enough for you, read on for my experience with intermittent fasting

What I Expected From Intermittent Fasting

If you’re interested in learning more about the science behind IF( intermittent fasting ), or the different ways you can do it, I employed these three articles as guides. Like I said, I’m not a nutritionist, and I truly don’t want my advice here to be the last word on whether or not you embark on a major diet alter. Please believe me–it is a MAJOR change. I understood the merits of IF in two ways before starting. First, I learned that periods of fasting decrease insulin production and boost growth hormones–both of which mean nothing to me, but they apparently help boost metabolism, burn fat, and gain muscle. Second, by limiting your “eating window”( a term my friends would literally pay me to stop hearing at this point ), you’re meant to limit overall calories( e.g. you can’t eat breakfasts anymore; you skip seven breakfasts’ worth of calories per week ).

Have some objections to that second point? Yeah, me too–don’t fret, we’ll get there. But only to be clear with my purposes for IF: I wanted to lose weight. Not a drastic sum, especially not in 10 days; I know all too well that that weight just comes right back. But losing perhaps 1, 1.5 pounds? If nothing else, only to prove that my body was still capable of weight loss after all the weird diets I’d put it through. So, I decided on a 16:8 routine( 16 hour fast, 8 hour eating window ), and set off on my 10 -day journey.

Actual footage of me putting together diet schemes and not shutting the f* ck up about it :

Gluten is something every girl becomes allergic to when they go to college. @fatcarriebradshaw

Despite most recommendations for 16:8 suggesting eating 12 -8pm( or even earlier ), I define mine from 2-10pm. First of all, I struggle way more with snacking at night than I do during the day, and I didn’t want to set myself up for failing. Second of all, I have a standing Bachelor date Monday nights, and no way in hell was I sitting through Colton’s journey for love without a healthy dose of wine and pizza. The first few days were mostly the same: I indicated up to work around 10( usually when I eat breakfast) and had unpleasant but bearable waves of hunger until 2pm. This included stomach cramps( worst when I woke up, or when someone ate a delicious-looking bagel near me ), and a few headaches. Water and black coffee helped, but candidly more in terms of keeping me awake than stimulating me feel better.

The first mistake I made that week? On Day 3, I went to a spin class at 8am( a disgusting habit I picked up in LA ). Not only did I nearly die from hunger that morning, I forgot the parameters of my eating window and feed until 10:30 pm that night. While I worried I’d messed all there is to it, and was starting to question how healthy it was anyway, I woke up on Day 4 “feeling LIGHT”( per my detailed notes ). My stomach felt flatter, my digestion was good, and my hunger cramps were clearing up sooner. Everything seemed good. And then, as must happen to all diets, the weekend came along.

But ya know what, we had fun, right? New episode is here !!! Link in bio or betches.co/ dst @notskinnybutnotfat

I was expending that particular weekend in Salt Lake City, crashing some friends’ ski trip.( I don’t ski, I just wanted to drink in a cabin for a weekend .) In preparation, I switched my eating window for the weekend to 4pm-12am. After all, if I was just going to make IF my long-term eating pattern, it had to be something I could do while maintaining a social life. And my social life right now involves ingesting calories after 10 pm.( I say “involves, ” but really that’s all my social life is .) I also weighed myself Friday morning, but both of the scales turned out to be broken, and both told me I’d gained 16 pounds in the past two weeks.

So, even though I’d woken up Friday feeling light and lean, I expended most of that day questioning reality and trying not to eat my own hand. By the time I could eat at 4pm, my body went into full animal mode, scared I would fast for another 18 hours at any moment. Basically, I filled the working day with airport snacks, a pasta dinner, and bags of Cheetos and mini Oreos the Airbnb host had left behind. Yes, right up until midnight. Saturday and Sunday, I accompanied the non-skiing group to two massive brunches and fasted through both, for which I would like several medals.( Insta proof below .)

Throughout the weekend, I felt like the bloating and general gross-ness I’d kicked during the week was back–but largely I blamed the type of food I was feeing( processed garbage and desserts, yum ), and it was more of an internal “yuck” than an “oh sh* t, these gasps are not fun to button.” The final few days I focused on drinking sh* t tons of water, feeing more real foods and fewer snacks, and bringing my eating window back to a reasonable scope.( AKA Monday I ate 4-11; Tuesday I ate 3-10; Wednesday I could eat at 2 again .) But frankly, I never quite kicked the bloated feeling from the weekend and I was still freaked out by the scale disaster Friday. By the time I went back to regular eating, it didn’t come a minute too soon.

I would need a licensed professional to confirm or deny this, but I suspect that I messed up by making my eating window so late on the weekend. Like I said, I am a chronic night-snacker–which entails I’ve read all the advice on how it’s the worst thing you can do for your body and how you’re meant to give your body 2-4 hours of not eating before bed. I’ve also been a yo-yo dieter for years, and hear rumors of starvation mode( when your body’s metabolic rate slows down bc it thinks you’re dying and need the food) if you deprive your body of calories irresponsibly. Again, IDK for sure what happened, but once I started feeing from 4pm-12am it felt like my body panicked, shut down any fat-burning processes, and held onto whatever calories I did consume for dear life.

In other terms, with a later eating window, my digestion slowed, my usual bloated feeling returned, and it quickly seemed like a terrible notion. And while my 2-10pm eating window had built me feel lighter after a few days, it had also allowed me to stop thinking so carefully about what I was eating. I would try to break my fast with a big, healthy meal, but I was way more relaxed about carb content, afternoon snacking, and feeing desserts. As long as I stopped at 10 pm, I was still technically on a diet–right?

these are my words | @jessiejolles

Yeah, I wasn’t right. People who promote IF assume that you’ll eat fewer calories if dedicated less hour, but they’ve clearly never been to a timed buffet. I can’t say for sure whether I was eating more calories while I did IF, but I genuinely doubt I was eating fewer( and definitely not on the weekend ). And overeating with 16 -hour transgress isn’t a diet: it’s merely eating the same amount and giving you a better shot at digesting it properly. By the time I determined a less f* cked up scale that Friday, I saw I was two pounds heavier from the whole experiment.

BUT–and again I have no way of proving this–I felt like it was possible that part of that weight gain was muscle. I’m the kind of person who can( and has) temporarily gained two pounds from a large meal, and I’m very familiar with what that feels like. This weight gain, however, felt different.

To sum up my very scientific impression of how my body changed during this process, I felt like I was roughly the same size but less jiggly–like my gasps were maybe a little tighter in the legs, but looser in the waist. It wasn’t my goal, and I still have five pounds I’d like to lose, but I’ve experienced worse outcomes on more painful regimes.

Overall, would I recommend intermittent fasting, or ever do it again? Kind of! I would recommend trying a few different eating windows and insuring what works best for you, for sure. I might try incorporating a 24-hour fast once a few weeks, since I’d had good short-term outcomes with a few days of fasting. Ultimately, I think incorporating a couple fasting periods helped me shed some bloat and regulate digestion–but extending the fasts and confusing my body on when to expect food backfired. As much as I detest to say it, I have to accept that this wasn’t a “weight loss hack” by any means. If I actually want to see a lower number on the scale, I will have to consume fewer calories. Until then, I’ll be accepting tips-off on how the f* ck I’m supposed to enjoy an evening at home without feeing until the second I fall asleep.

water does not build me full | @jaredfreid