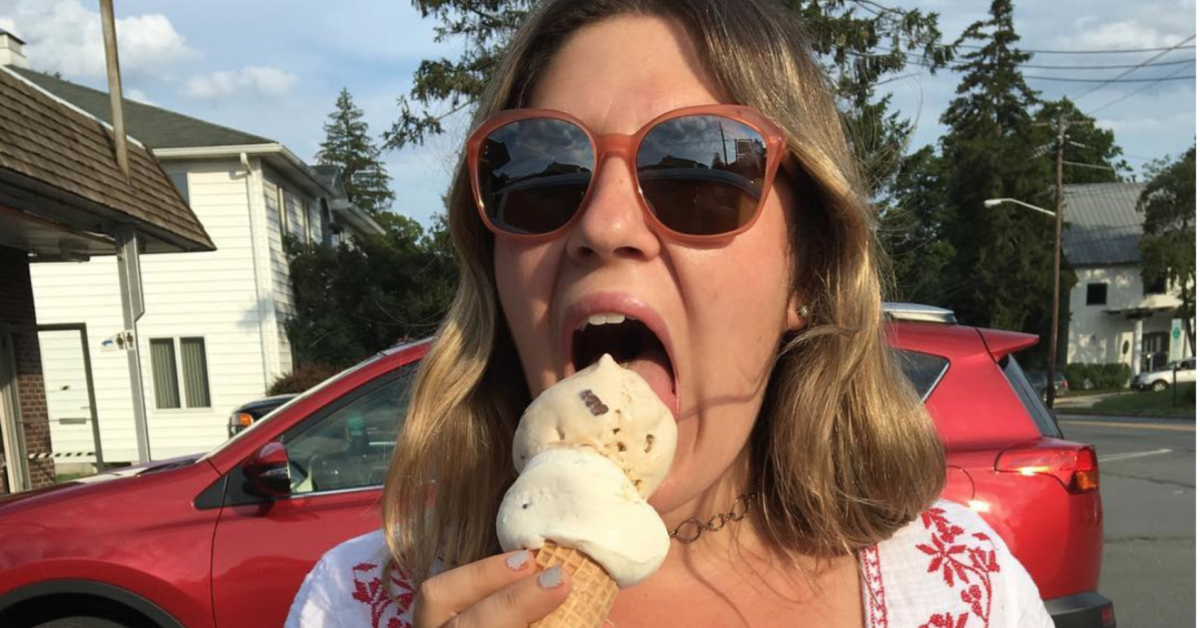 There are two types of people in this world: Those who eat to live, and those who live to eat.

And yet my relationship with food has been, in large proportion, consistently dysfunctional. Call it a product of having a mom who was restricted by her mom and who in turn felt the need to never curtail me. Call it a product of growing up surrounded only by girls. Call it genetics. Whatever its origin, I, like many people, specifically females, have a genuinely distorted view when it comes to food and my body.

I was overweight throughout my entire childhood and continue to struggle with my weight in adulthood. Despite the fact that I’ve grown into a person who actually enjoys staying in shape — I operated my first half marathon in October — and despite the fact that my job over the past four years has maintained me focused on the importance of self-acceptance, body diversity and loving the scalp you’re in, I am constantly struggling with a longing required to thinner.

At least I tried to. Until I realized very early on in the week that when it comes to what I do — or do not — put in my body, there is always some level of guilt or annoyance . And that remorse usually has very little to do with food and much more with my relationship with myself and my body.

My company provides free lunch and snacks to its employees( I know, I know ). And I have, without realizing it, been stopping myself from destroying the peanut M& Ms, a food I would consider to be “bad, ” at my disposal. I have literally not allowed myself the sheer joy of company-provided peanut M& Ms, mostly sticking to the “good” fruits and same salad for lunch every day out of an irrational fear that at the mere savour of one morsel I’ll throw all caution to the wind, stop exerting forever and feed myself to death.

That feeling can be a bit isolating, but all I have to do is poll a group of female friends to know that I am so not alone. Weight loss is a $60 billion industry that spans diet programs, volumes and food( to name a few ). Add to that the imagery of thinness equating beauty we assure reflected back at us in media and it’s no wonder so many women — three out of four of American women, according to a 2008 survey — have taken part in some form of disordered eating.

I shared those anxieties in not quite so many extreme terms with Dr. Ashley Solomon, executive clinical director of the Eating Recovery Center in Ohio, who challenged me to think back on all the times I’d felt like I did something “wrong” or “bad” when it came to eating and/ or working out.

“If you think about your relationship with your body as being similar to any other relationship that you have, the style you build a relationship is you’re able to show each other over period that you can be are dependent upon, ” Solomon said. “With a friend, I might have forgotten to call you one night, but you know I’ll talk to you next week or whenever — it’s not like I’m abruptly never going to call you again.”

How does that relate to having more faith in your body? “If you think about it that way, of having that trust in your body, the best thing you can do is build on that experience, ” she said. “OK, you didn’t work up yesterday, but you will today. Then next week, when you’re thinking back on it, you can look back and build on that experience. But if we are anxious every time and get ourselves really concerned, then it undermines that trust.”

I could have used those words of wisdom at the movies with my grandmother, a woman so consumed with her own weight( and mine) that she prefers to ingest cigarettes than sit-down dinners. I wanted popcorn and a soda, and despite supposing naively that I had no qualms about that, neither of us could shut up about “whos been” eaten more of the popcorn or about how we “shouldn’t have feed it.”

Can you smell the deep-rooted family issues masked with artificial butter from there?

I’ve long preached to friends and family how problematic it is to call food or our behavior surrounding food “good” and “bad.” And, yet again, I have trouble practicing what I preach. Solomon said perhaps that might not be the best approach.

“What our research tells us is that we can’t inevitably remove thinks, ” she said. “It’s like if you say,’ Don’t think of a purple elephant, ’ that’s the first thing you’re going to think of. It’s useless to say don’t think of food as bad or good, but it’s more about noticing it, starting to become aware of what it sounds like and devoting it attention. If we start to much more subtly bring kindness and awareness to some of those processes and just sort of being gentle with our experiences, we can bring to our attention how our intellect is working so it’s not automatic and compulsive.”

So, then, it seemed like my little experiment was actually a good notion. Acknowledging that there is still guilt is OK, but giving yourself a infringe and coming from a positive place can help switching the behavior and hopefully, eventually, the position toward food in general.

I feed a cheeseburger last night and felt “better” about it after I worked out this morning — another behavior that comes naturally to me. Solomon says that we have to “undo” feeling that we can’t simply have enjoyment — in the form of cheeseburgers or otherwise — without earning it. And I still feel like I’ve accomplished something every time I stroll by those M& Ms without taking a handful. It’s not a perfect fix, but in noticing the specific characteristics, perhaps there is a chance for change.

And, just for the record, if you’re impression any kind of route about food, recollect you’re not alone. “It’s a rare person who can say they have a entirely healthy relationship with food, ” Solomon said. “It’s an evolution and a process.”